This section includes links to free to read writing I have featured on other sites or here on this blog.

Nadine is the only green pet in the pet store and she’s certain someone will want her as a pet. But after several customers walk away with other pets, she begins to wonder if anyone will buy her at all.

When one of the judges sneezes, the Poppy Town Flower Show turns into a disaster.

Detective Thomlinson is called in to investigate the murder of the Beamonts’ gardener. A traditional-style whodunit.

When the Waldorf family get together, it’s always an occasion to show off. Penelope wants to prove to her family she is currently winning the ‘I’m better than you’ competition, but one family member has other plans.

Waiting by the Docks

An 11-year-old girl waits on the docks for her father to come home from sea.

One little boy thinks he can do anything his friends ask him to do. (Rhyming children’s story)

Please note: As the Smories site has since closed down and the video is no longer available, you can now read the story here on my blog.

Pieces  posted on this blog

Danaos beseeches the goddess Aphrodite to save his dying wife, but does he love his wife enough to agree to Aphrodite’s terms?

Created from a government experiment splicing human and alien DNA, Spectrum helps the government track down others of her kind. Now she must use her super powers to find a half-alien terrorist before he blows up the entire city. 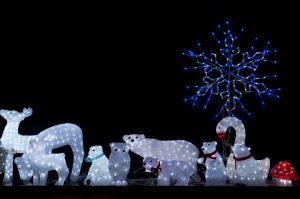 The animals at the City Central Zoo are having a rocking Christmas! Inspired by the Christmas carols ‘Rocking Around the Christmas Tree’ and ‘Jingle Bell Rock’.

Dashing Through the School

The end of year school play is here, but can nerves be overcome in order to play the leading role? A children’s story to the tune of ‘Jingle Bells’.

(Extended version available in the anthology ‘Jingle Bells: Tales of Holiday Spirit from Around the World‘.)

A Farmer’s Night Before Christmas

Based on the classic Christmas story ”Twas the Night Before Christmas’. This Santa is different to the traditional Santa. An ode to the Australian farming lifestyle.

Other members of Danny’s family like ballroom, ballet and linedancing, but Danny likes to disco dance. (Rhyming children’s story)

When Charlie woke up, he could never have known he only had twenty-four hours to live.

As the snow falls in the street, a family enjoys a sumptuous feast. One person observes the scene through the window. A piece of flash fiction written in second person.

One thought on “Free to Read Stories”